About 7.5% of the world’s forests are in the United States; and all together, U.S. forests cover over 800 million acres. There are three primary forest ownerships in the U.S.: federal, state, and private. Federal and state agencies manage public lands for a multitude of uses, including conservation, production, and recreation. 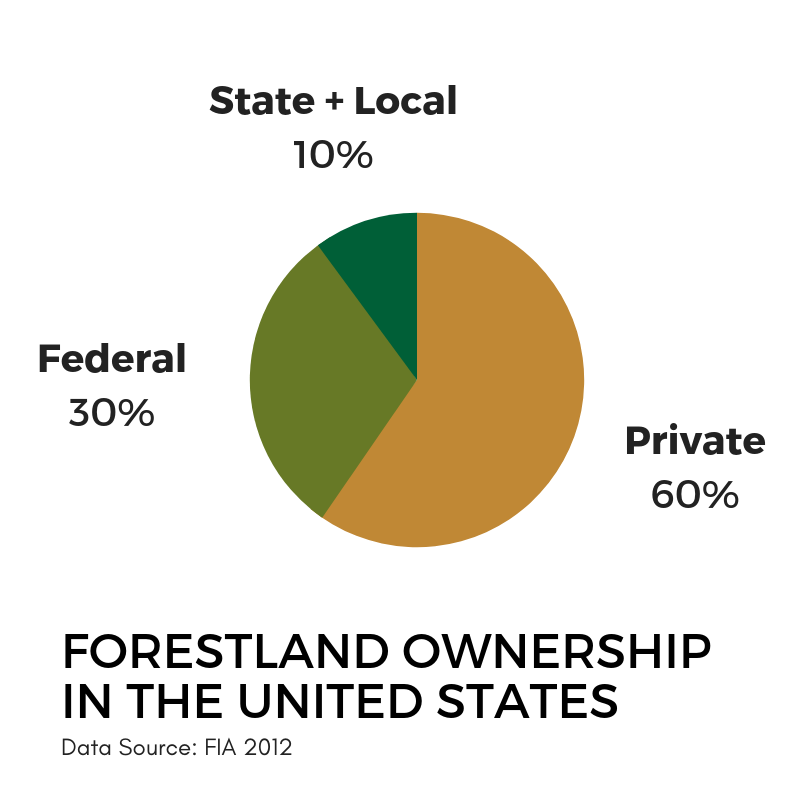 Did You Know? Over 50% of U.S. forestland is owned and managed by more than 10 million private owners. Most of this land is family and individually owned and the average parcel size is smaller than 25 acres. These owners represent a diverse group of people who have many reasons for owning their forests. You can find more forestland ownership statistics, including the ones cited above, by clicking here.

GET TO KNOW FAMILY FORESTLAND OWNERS 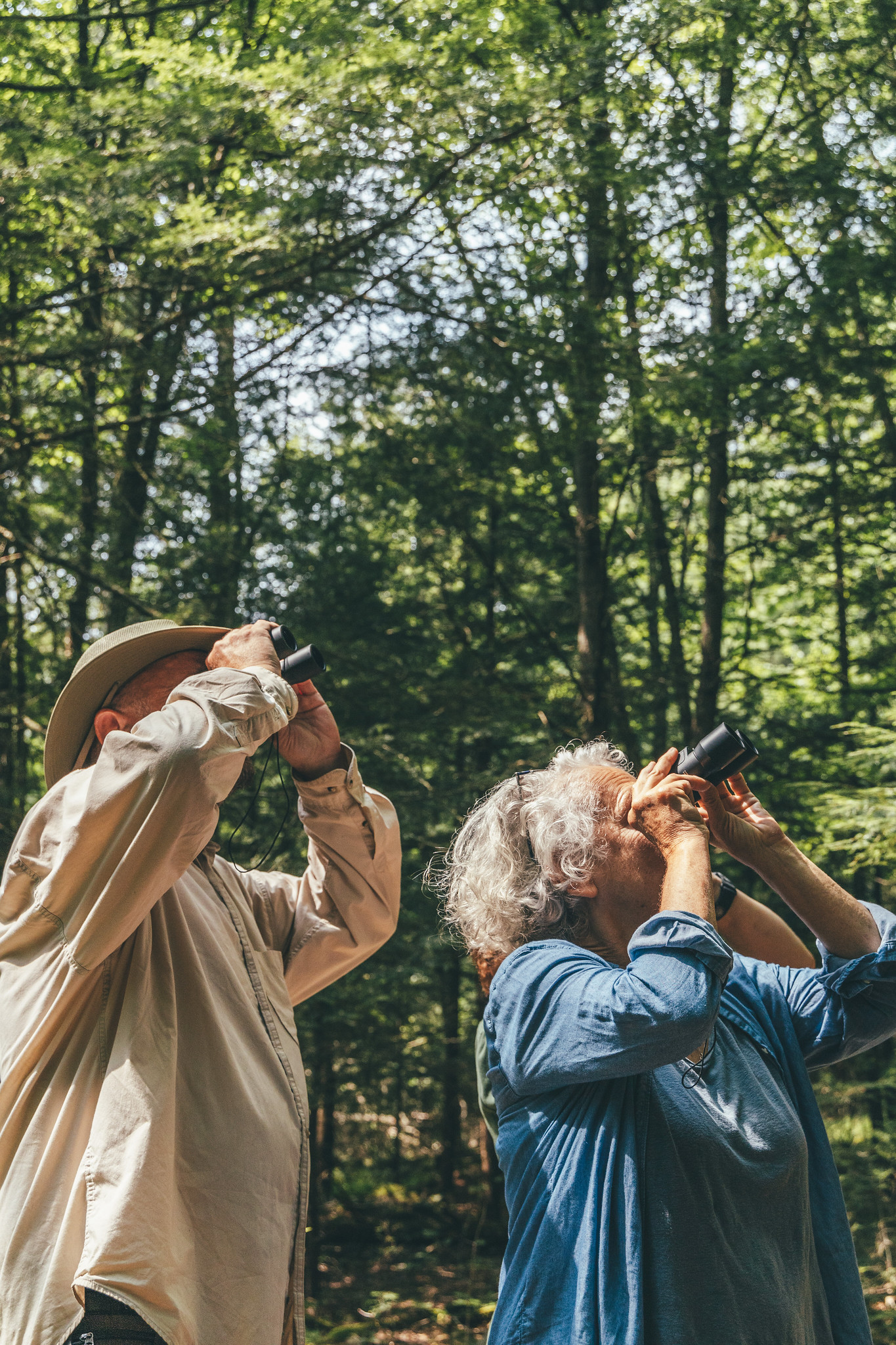 The latest National Woodland Owner Survey report released in February 2021 gives a picture of what “family forestland owners” look like. According to survey respondents, the most common reasons for owning family forests are “to enjoy beauty or scenery,” “to protect or improve wildlife habitat,” “to protect nature or biological diversity,” and “for privacy.”

How are Forests Categorized in the United States?

In the United States, there are some forested lands designated specifically for production and others designated for preservation; however, many forested lands are considered multiple-use forestland, managed and used for a combination of production, recreation, habitat, and aesthetics (US FS-1036, August 2014). 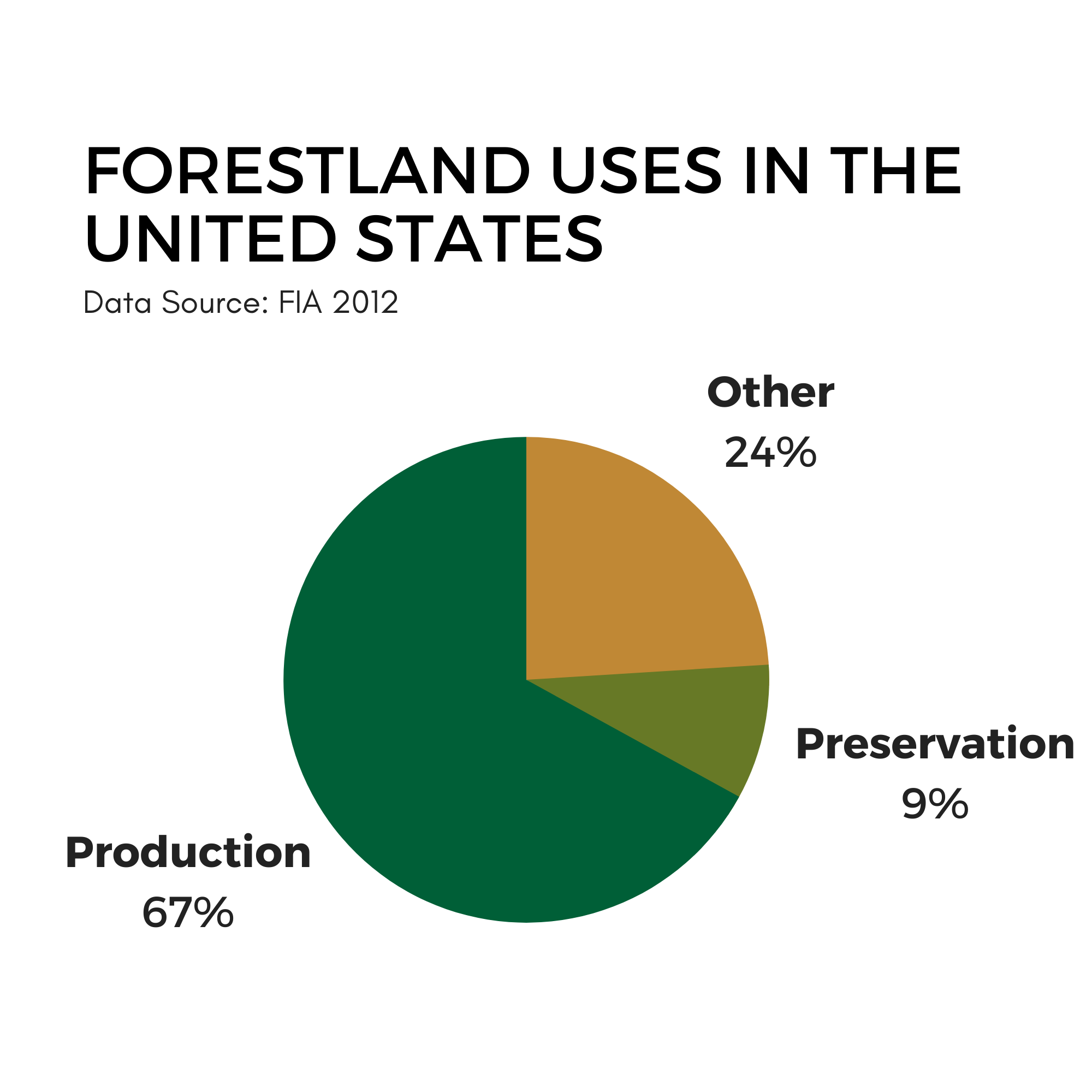 Reserved forests that are preserved and not managed for timber harvest cover 74.2 million acres (30 million hectares), not including some protected areas, such as the national forest roadless areas.

Did You Know? The Forest Inventory and Analysis Program (FIA) is among the most robust, longest running national forest inventory and analysis systems in the world. FIA has been in continuous operation since 1930, publishing the most current information about forest health and productivity in each state every five years. It uses the latest technologies to acquire data through remote sensing and field activities in cooperation with states, industry, academia, and private landowner partners. Together, FIA partners collect data on over 355,000 plots, on public and private lands, across nine time zones, from Guam to the U.S. Caribbean territories.