Tree Stories is a collection of short films that illustrates the importance of the different—but equally valuable—bonds that people enjoy with trees.

NASF debuted its Tree Stories video series in fall 2021 with “Forgotten Storm,” the first of three short films produced by the association that explore the human-tree bond. Trees provide us with so much—clean air, plentiful drinking water, wildlife habitat, and carbon storage to start—but their benefits go well beyond the environmental. Trees improve human health, both mental and physical. Trees provide jobs, food, and resources for countless goods. Trees also serve as connections to our past and help nourish our communities.

NASF has high hopes for the series, and fully intends to add to it, but we need your help. Should future films highlight the restorative benefits of urban forests? Or show the passion (and science) behind movements to revive the American chestnut, or save the eastern hemlock? There are so many wonderful tree stories to tell! State foresters feel so privileged to play a part in telling them. If you have a tree tale you think deserves telling, please reach out to NASF Communications Director Whitney Forman-Cook with your suggestion.

Support for NASF’s Tree Stories series is provided by the USDA Forest Service’s State and Private Forestry mission area. Various state and local governmental agencies have also contributed to the series. NASF is thankful for their partnership. 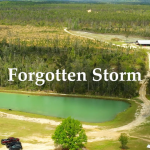 “Forgotten Storm” profiles Calhoun County timber farmers and their courage to recover after catastrophe. In October 2019, Hurricane Michael destroyed 72 million tons of timber—the equivalent of 2.5 million log trucks worth of wood—across 11 Florida Panhandle counties. Communities throughout the storm’s path were left to clean up, grade, and replant thousands of acres before wildfires struck; but with the resilience modeled by their forests, they are rebuilding what they lost. 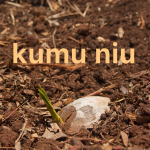 “Kumu Niu” follows the community group Niu Now as they prepare to plant a new grove of coconut trees, or “niu,” on the University of Hawai’i’s West O’ahu campus. The grove’s planting has been years in the making. It is both a practical and symbolic step toward restoring the knowledge of the tropical world’s “tree of life” and sharing the Indigenous wisdom of “aloha ‘āina:” loving land and serving people. “Kumu Niu” was released alongside two movie trailers: “The Meaning of Kumu Niu” and “The History of the Niu.” 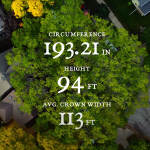 “Tree Hunter” tells the story of how one  family, across several generations, has cared for champion trees, and in the process, enriched the lives of their neighbors. Follow Bob Sanfelippo, a retired urban forester, on his journey across his home state of Wisconsin searching for champion trees in urban and community settings. “Tree Hunter” was released with two trailers, “The Balance of Nature” and “Test Your Tree ID Skills.”