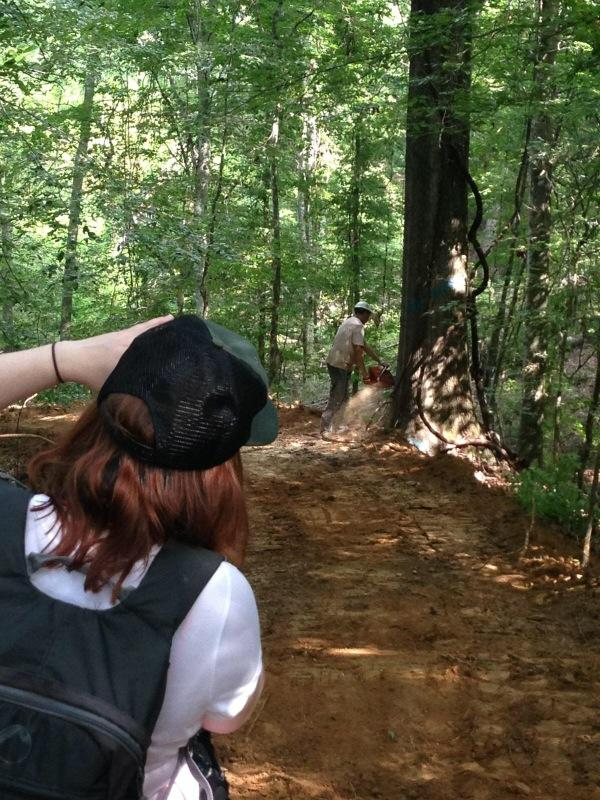 This morning I met Russell Bozeman, director of forest protection and forest information with the Mississippi Forestry Commission (MFC).
Russell and I headed to Warren County to see one of the state’s 16th Section Lands, which is part of 480,000 acres of forested school trust lands managed by the Mississippi Forestry Commission.
We stopped at a delta area where we met up with Tommy Walker, John Johnson, and Everett Floyd all of the MFC. After my camera lenses adjusted to the high humidity, we got some shots measuring the residual trees in the hardwood bottom track we were on, which had been thinned only last year.
Right from the start, I had several close encounters with banana spiders and a timber rattlesnake, which I nearly stepped on. Luckily, I stopped, backed away, photographed it, and it slithered away. Quite an exciting start to my week in Mississippi!
Once my breathing was back to normal, we moved on to a selective thinning site, where John showed me how they measure then mark trees for removal. Trees in this stand were marked with blue paint both near the stump and several feet up to ensure the loggers are easily able to identify the correct trees.
Next, we drove to Claiborne County, also on another 16th Section, to a hardwood logging job. There were several machines on site, including a skidder, loader, feller buncher and bulldozer. We met with a logger who explained that the area had not been cut in a long time, and offered to show us a 36” cherrybark oak he needed to cut.
He grabbed his chainsaw and we walked down the hill and watched while he cut around the base of the tree. Since I had only seen trees cut by machine so far, this was very interesting to watch. It came down with a crash, and I was able to get some great overall shots of the tree as it fell. 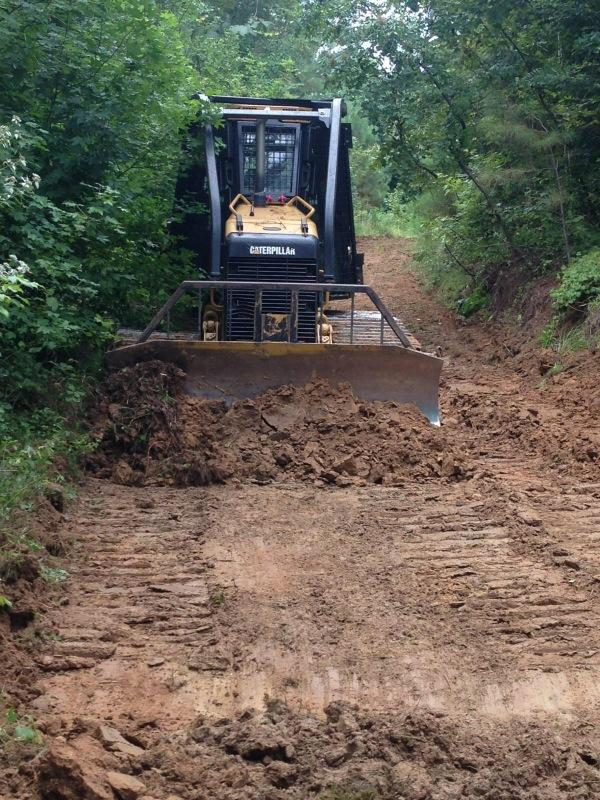 After lunch we went to north Warren County to observe some best management practices (BMPs) work. A small track-type tractor was used to create a water bar and turn out, which is essentially a hump and dip in the road. The material taken from the dip becomes the hump, which serves to control water flow and slow erosion. We moved on to a four-year-old hardwood regeneration site and did a survival check while I took additional photos.
Next we drove to the state office, where I met State Forester Charlie Morgan. Charlie told me more about the 16th Section Lands that we had visited earlier, including that the School Trust Lands contain lots of sustainably managed, high value timber and produce about $25 million in annual sales to support public schools, grades K-12. These forests are audited each year by an independent third party to ensure that they meet requirements for the American Tree Farm System.
After snapping a few shots of Charlie in his office, we headed to the Mississippi Interagency Coordination Center, also known as the Fire Training Center, to look at some federal excess property. They receive about 100 trucks a year from the government and military which are dispersed among volunteer fire departments and other Mississippi agencies that need them to assist in fighting wildfire.
Read Mississippi’s Forest Action Plan