The 2020-2021 NASF Annual Report highlights the association’s many efforts to advance the policy and communications priorities of its membership. In the last 12 months, NASF has had a number of notable successes: 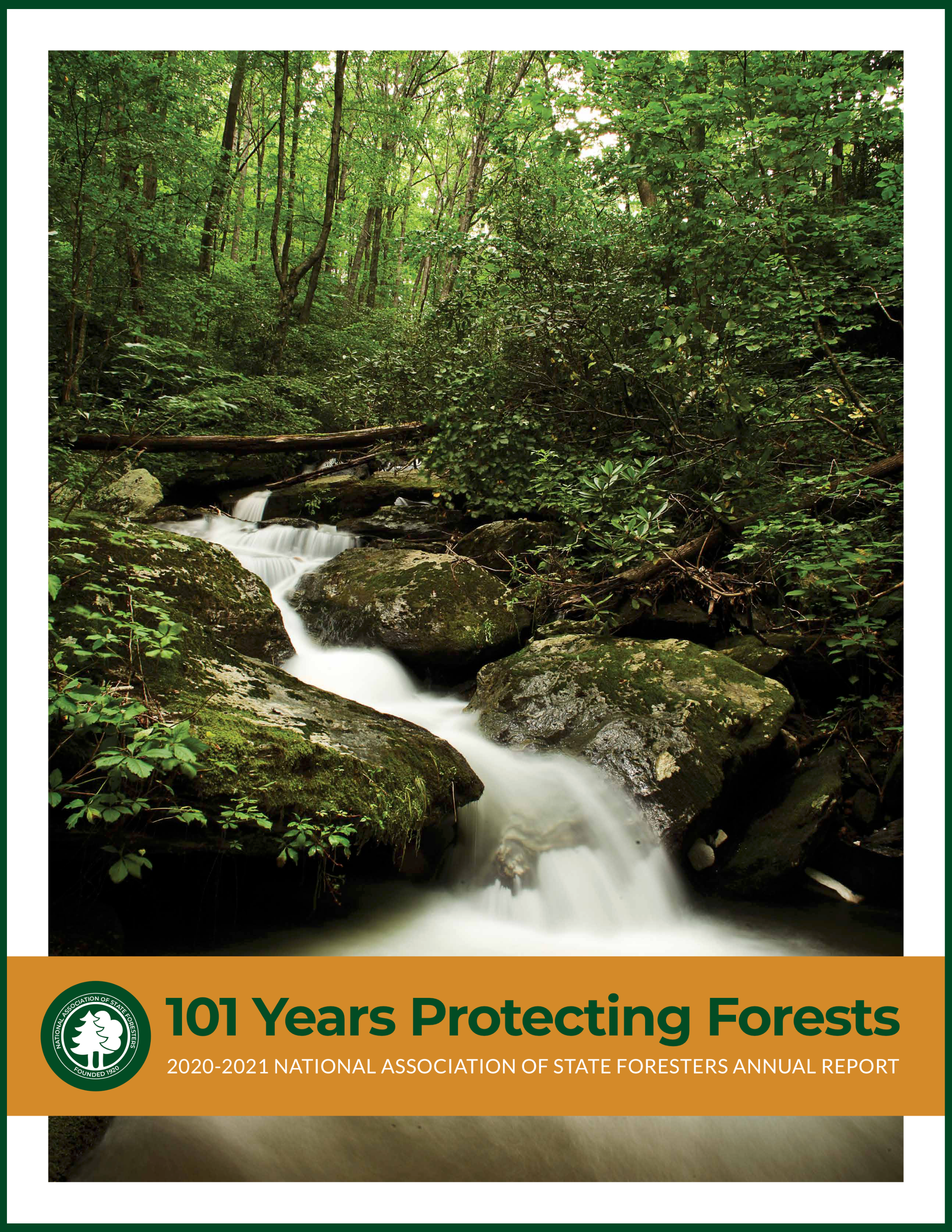 Commemorated the release of state and territorial forestry agencies’ enhanced Forest Action Plans. To celebrate the enormous effort that went into revising all 59 Forest Action Plans, NASF launched a four-part video series about how these plans are put to work. One of the videos, featuring Montana State Forester Sonya Germann, was showcased before an international audience at a virtual United Nations Forum on Forestry meeting.

Completed its own Centennial Challenge as part of the association’s Centennial Challenge Campaign. While state forestry agencies hosted unique “100”-themed events, programs, or initiatives throughout 2021, NASF was planning a launch party to mark the opening of the Stately Treasures collection at the National Arboretum. The Stately Treasures self-guided tour – unveiled this August – includes stops at the official “state trees” of all 50 states and the District of Columbia.

These accomplishments and more are detailed in this year’s annual report. Click the link below to read the report in full online or contact NASF Communications Director Whitney Forman-Cook to request a hard copy.