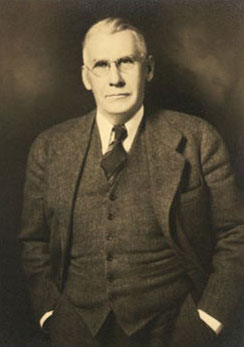 Frederick Wilson Besley, Maryland’s first state forester started in the profession like most foresters did in the early 1900s: with help from Gifford Pinchot. Besley was an early graduate of the Yale School of Forestry (which was established by the Pinchot family) and worked for the United States Forest Service,  whose first chief was Pinchot himself. In 1906, under Mr. Besley’s leadership, the State Board of Forestry in Maryland was the third in the nation to establish a system of forests, parks, and working landscapes. His legacy of 36 years of continuous service is alive today and presented in the film, “Mr. Besley’s Forest: A documentary about Maryland’s first State Forester.”

As the first state forester of Maryland, Besley took a blank slate of a state and created a model for natural resources conservation that could be emulated nationwide. In 1914, with the help of the state’s legislature, he established the Roadside Tree Law. To this day, the Maryland Department of Natural Resources Forest Service administers the program to ensure the proper care of trees adjacent to public utility lines and protect public trees along public road right-of-ways by requiring permits before tree care work or plantings are performed. As a result, roadside and street trees continue to provide shade, help bolster water quality, and minimize urban heat island effect.

“We are no longer so rich we can afford to waste our heritage.” – Mr. Fred W. Besley

Throughout his career, Besley would take pictures of Maryland’s trees and would make special note of the largest ones he found. In the early 1900s, seeing a big tree on the horizon was like spotting a bald eagle in the sky. Diminishing soil health, caused in large part by careless logging practices, curtailed the growth and vitality of trees in Maryland and across the Mid-Atlantic Region. Besley knew a dramatic shift toward natural resources conservation was needed.

In 1925, the Big Tree Program was created in Maryland. Besley was the first in the nation to establish eligibility rules for crowning champion big trees. His formula went like so: tree circumference in inches + the tree’s height in feet + 1/4 of the average crown spread. Each year since 1940, American Forests (now the sanctioning organization) has crowned the national champion. Today, all 50 states and the District of Columbia have a Champion Big Tree Program. Each year’s winners are entered into their own “Grove of Fame.” According to Maryland’s Big Tree Program (MBTP) officials: “the MBTP continues to be the second-largest database of big trees in the world.” (As Champion Tree Programs go, Fred W. Besley is the GOAT big tree guy.)

To advance the cause of forest conservation, Besley took his glass slides and lantern slide projector  statewide to illustrate the importance of forest management. Sometimes, his presentations where illuminated by the light of his own vehicle. This approach to education was new during his era. Some of his presentations covered the Roadside Tree Law and tree identification, while others shared ways to improve forest health; no matter the topic, though, support for state forests grew with Besley’s outreach. 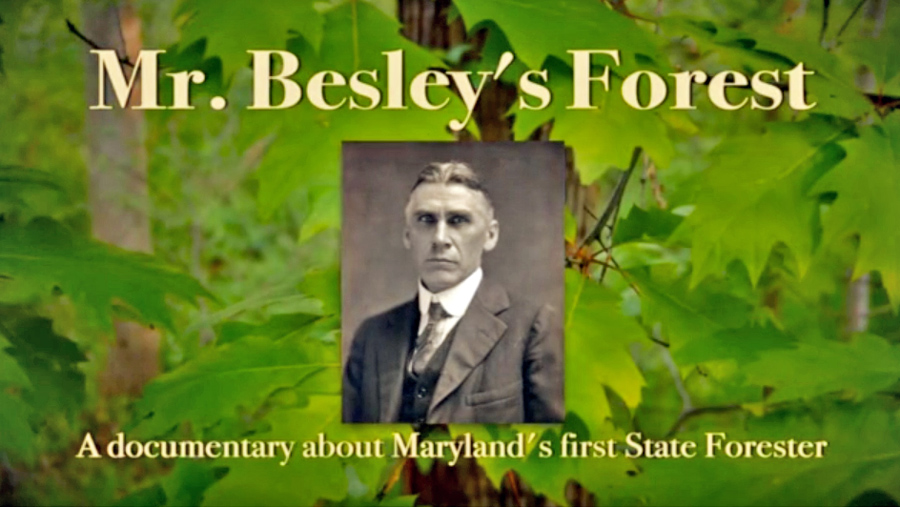 Fast forward to 2020 and the COVID-19 pandemic: schooling for children and young adults went 100% virtual. I thought of Mr. Besley and his outreach efforts and decided to bring his message to students at home. I partnered with the Maryland State Archives during Earth Week 2020 to present a one-week in-home program that included excerpts from my film on Mr. Besley. The content we selected to air from the documentary aligned with Maryland’s state standards for fourth grade curriculum and the Next Generation Science Standards curriculum.

“Mr. Besley’s Forest: A documentary about Maryland’s first State Forester” premiered November 2020 on Maryland Public Television (MPT). Since then, the film has become available on the Public Broadcasting Service (PBS) app and is streaming nationwide on PBS.org. On October 16th at 10:30 am Eastern, it will air again on MPT.

Cheryle Franceschi’s chief aim is to cultivate community engagement through stories of environmental  conservation. She has worked for WUSA-TV in Washington, D.C., and Discovery Communications, and since 2007, has run her own production company: www.porecoproductions.com.

Photo courtesy of the Maryland Department of Natural Resources.