Established in 2014, the national Wildfire Mitigation Awards program recognizes outstanding work and significant program impact in wildfire preparedness and mitigation. By honoring the achievements of awardees, the program sponsors seek to increase public recognition and awareness of the value of wildfire mitigation efforts.

You can submit a nomination and view the nomination guidelines and selection criteria here on NASF’s website. All nominations for 2022 Wildfire Mitigation Awards must adhere to this criteria and be submitted to this online form by Friday, November 12, 2021. To meet past Wildfire Mitigation Awardees, go to www.stateforesters.org/mitigation or click the graphic below to meet 2021 winners Marshall Turbeville, Courtney Hayes, and Jessica Kirby. 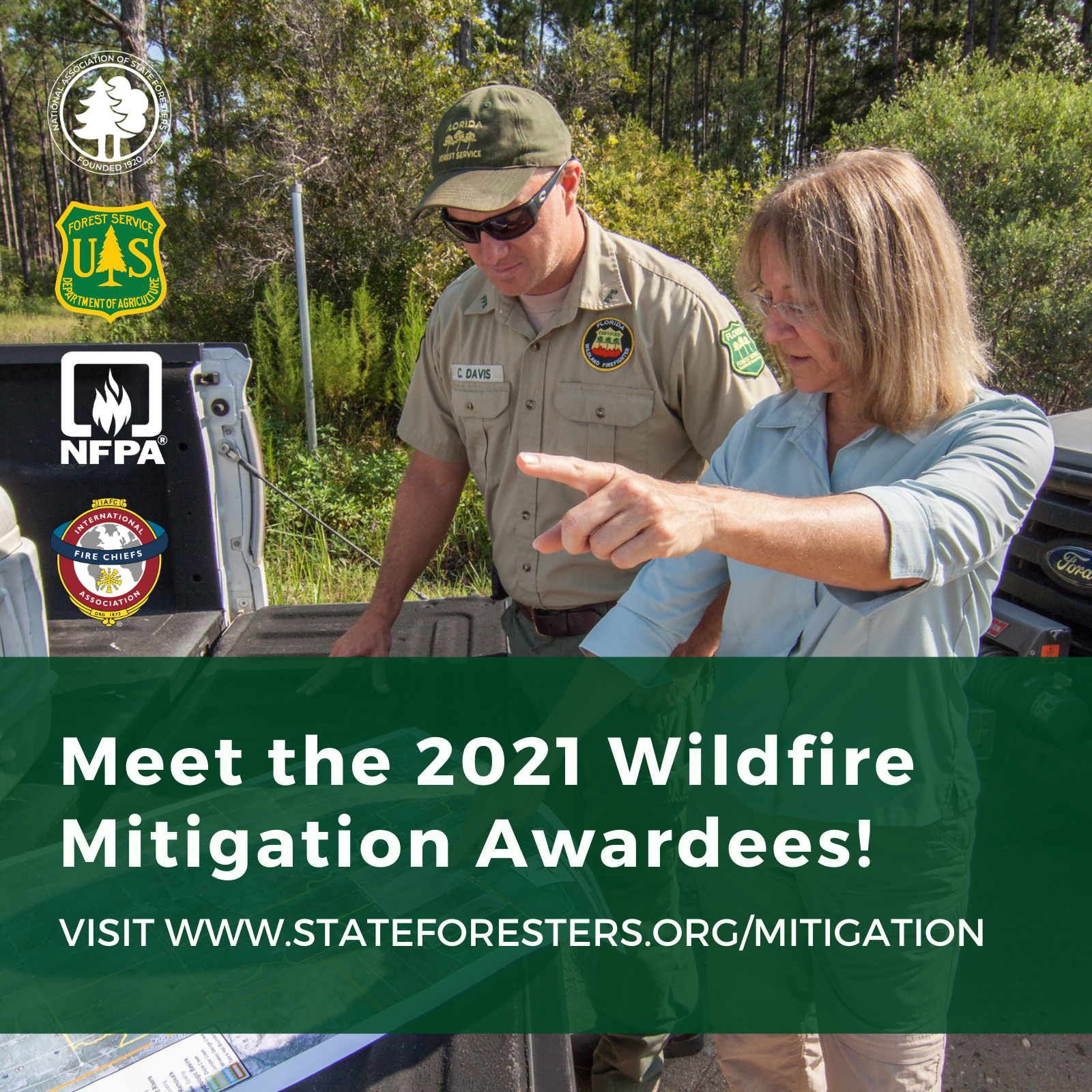