In fiscal year (FY) 2018 alone, FFP facilitated the transfer of more than $124 million in property for firefighting from DoD to state and local fire agencies.[1]  In the same year, the Forest Service loaned over $41 million in firefighting equipment to local and state firefighting agencies through FEPP.[2] 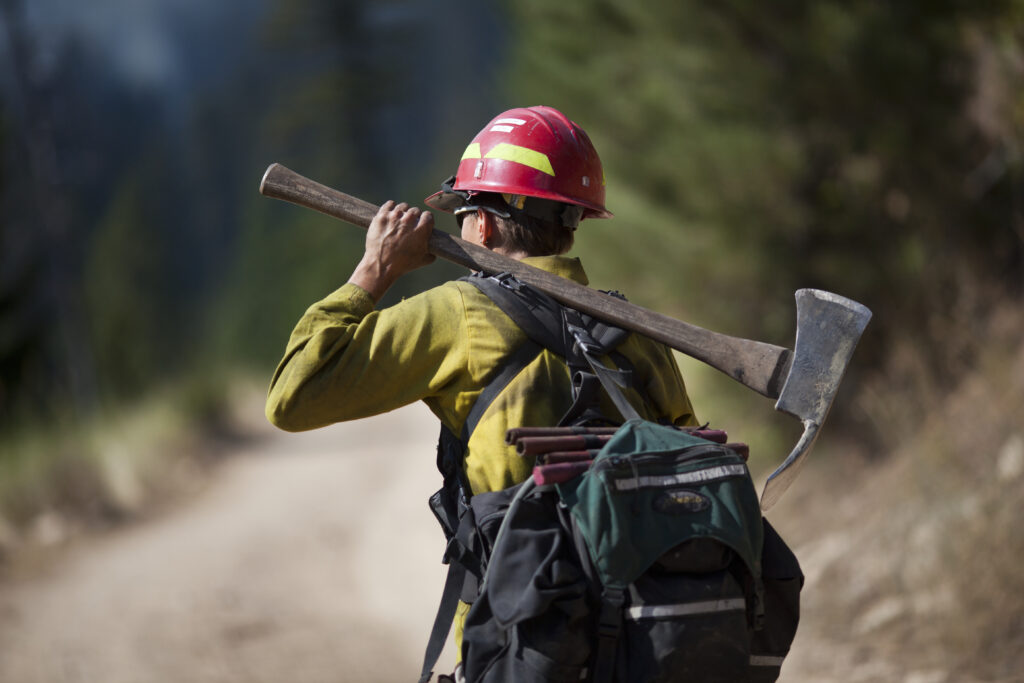 With help from federal programs like FEPP and FFP and the cooperation of federal agencies, state and local wildland fire managers have greater access to the resources they need to protect Americans from wildfire.

State foresters are responsible for wildfire protection on more than 1.5 billion acres nationwide, including 1.1 billion acres in state and private ownership. With more people living in fire-prone landscapes close to wildlands, protecting  state, private, and federal lands from wildfire has become increasingly difficult. To effectively manage wildfire, hotshot crews, firefighting equipment, and other valuable resources are shared across all land ownerships and between agencies, countrywide and year-round.

The National Cohesive Wildland Fire Management Strategy (“Cohesive Strategy”) is the roadmap for interagency wildland fire management across the country. Within its cooperative structure, states contribute to fighting wildfires on federal lands. For instance, in 2018, 6,026 out of the 8,080 state personnel mobilized through the National Interagency Coordination Center were sent to respond to wildfires burning on federal lands.[3] State forestry agencies also provide local governments and volunteer fire departments with access to their fire and emergency response resources, which in 2018, included 93,656 firefighters, 91,940 fire engines, 2,851 dozers, and 620 aircraft.[3]

An NASF one-pager on FEPP and FFP is available here and linked below.

Tyler Hoguet is NASF’s 2020 Summer James Hubbard Intern for Policy and Communications. He can be reached by email at intern@stateforesters.org.