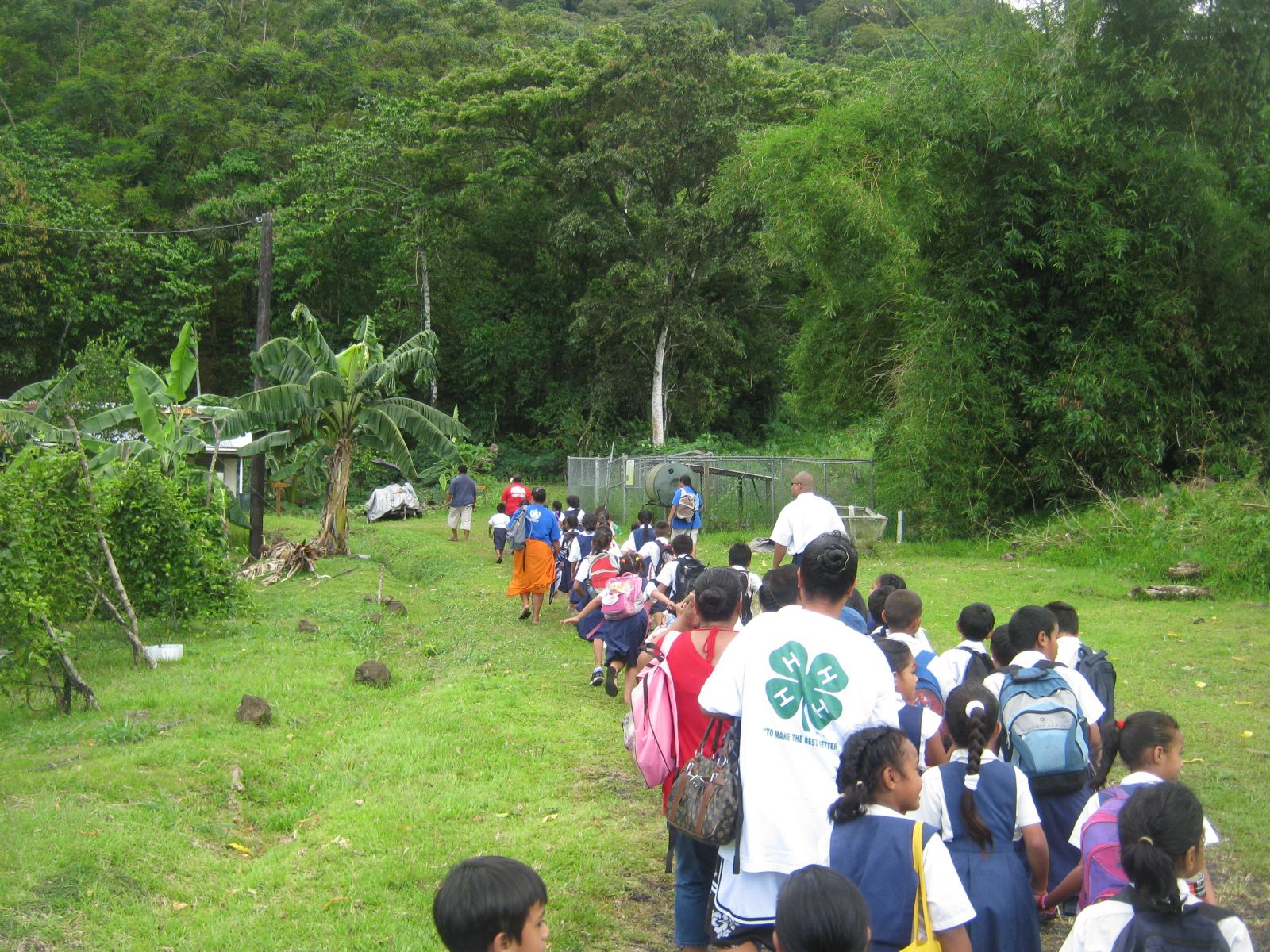 American Samoa Community College's Division of Forestry staff work closely with village residents to restore mangroves, stabilize coastal areas, and to protect wetlands destroyed in the 2009 tsunami. This ongoing project was implemented by forestry staff and partners such as the American Samoa Coastal Management program, Department of Marine and Wildlife, Environmental Protection Agency and more. The team works to replant three species of mangroves (oriental, red and puzzle-nut) at the Nu’uuli Wetland, one of the largest wetlands in American Samoa.

Moreover, the urban and community forestry (UCF) program has also begun to partner with other environmental agencies to work with the Leone village, home of 11 lives that were lost during the September 2009 tsunami. Staff are currently meeting and conducting workshops to educate the villagers on what is needed in their village community in regards to mangrove restoration, wetland preservation and conservation. Implementation of this project depends on the availability of the village members and nursing of mangroves for outplanting.

UCF experts are currently working with the Faga’alu village in maintaining their watershed that was ranked priority watershed with the United States Coral Reef Task Force the past two years. The Faga’alu watershed contains a community that is well informed and actively involved in its stewardship. It hosts a healthy and clean environment from land to reefs. In addition, community livelihoods are well supported through sustainable agriculture and fisheries. The village council takes ownership in managing the watershed in collaboration and partnership with residents, landowners, hospital, schools, neighborhoods and local shops. Program staff are members of the local Land-Based Sources of Pollution working group and we have successfully worked with the Faga’alu village community in establishing and completing their village management plan to protect and conserve their watershed for future generations, with the assistance from local and federal government and environmental agencies including the urban & community forestry program.

The American Samoa Forestry Program celebrated its 19th Annual Arbor Week in Tutuila (American Samoa) and Manu’a Islands’ in November. The theme was “Fa’ataua le Vaomatua” (“Appreciate the Forest”).  Nine schools (five public, four private), five church youth groups and two villages participated in this community celebration.  Arbor Week is an event that UCF practitioners look forward to every year because of the high-level of participation from schools, church youth groups, village communities as well as our partner agencies and the American Samoa Community College.