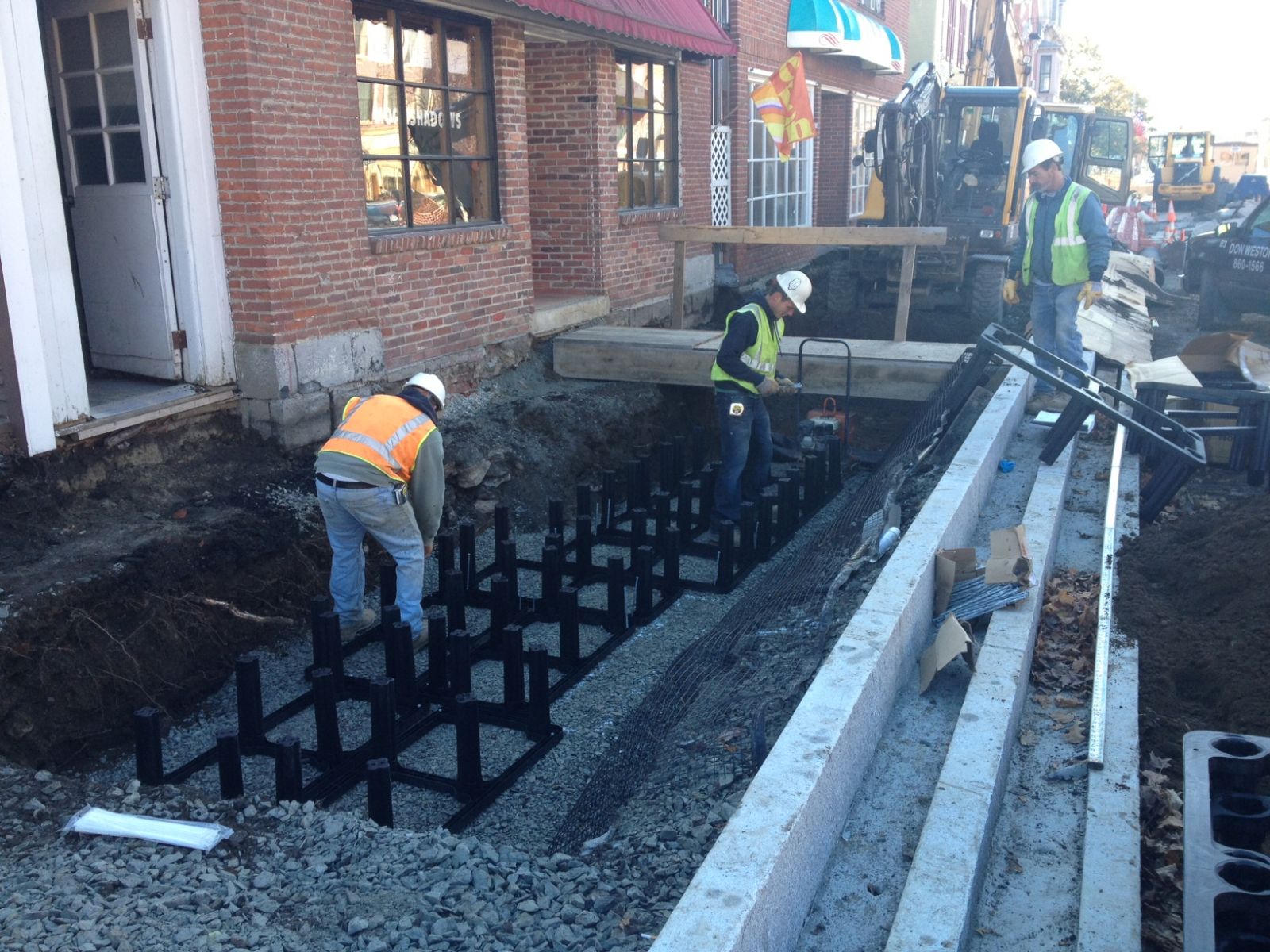 While rainstorms can rejuvenate a forest, they can also transform an urban road into a highway for pollutants.

Stormwater runoff occurs when precipitation lands on surfaces like parking lots or other areas that can’t absorb it. When the water drains into nearby streams and rivers, it carries with it dirt and nutrients such as phosphorous.

Over time these pollutants build up in places like Lake Champlain in Vermont, causing massive algae blooms that can be toxic to pets and humans. In Vermont alone there are 17 waterways considered “impaired” by the pollution stormwater carries with it. For the state, tackling this threat to one of their most iconic water bodies has meant turning to some natural solutions.

Under Department of Forests, Parks, and Recreation State Forester Steven Sinclair, the state’s Forest Action Plan is promoting a greater urban forest to help counteract the runoff. Known as Green Stormwater Infrastructure, new trees and vegetation catches the stormwater before it can drain off with more phosphorous. This new growth cuts right to the source of this pollution.

Though only five percent of the state is developed land, it contributes 20 percent of the state’s non-point source phosphorous pollution through stormwater runoff. In cities like St. Albans, 47 new trees were planted in previously inaccessible areas to help improve their urban canopies.

St. Albans isn’t alone either, and the state has offered to work one-on-one with local planning commissions to help them develop their own urban forests. The new generation of leaders in this development can even seek training through the University of Vermont’s new Sustainable Landscape Stewards educational program.

The state government is clearly interested in growing a cleaner Lake Champlain. To show just how serious the state is about changing its stormwater habits, Vermont’s Governor Shumlin has signed an executive order directing state agencies to incorporate Green Stormwater Infrastructure on their properties to serve as a model for new development.

In addition to water quality, urban forests offer a host of other benefits that the state is putting to work. Their 11.9 million urban and community trees are at the forefront of mitigating climate change. Over 2.3 million metric tons of carbon are stored every year, a savings of $52.4 million. As Vermont plans to expand their urban forests, these new trees will continue to bring clean air and cleaner water to the state.

Photo: Soils cells being installed in downtown St. Albans. The modular design of these soil cells allows the structure to support the pavement and flexibility to size the soil volume as needed for each site to grow big trees downtown.