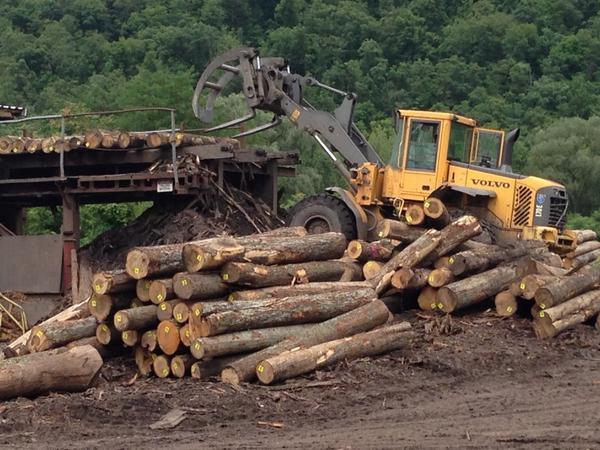 Today was very unique; we followed timber from its original harvest site all the way to a final finished wood product, custom-built cabinets.

After a lovely breakfast at the local Wellsboro Diner, we met up with the group at the Penn Wells Hotel and Lodge and headed to Ole Bull State Park. We had an brief introduction and discussion of the tour, then headed to a Pine Creek Lumber harvest site on the Susquehanna State Forest close to Germania, Pennsylvania. The harvest site was the same one that the tour had visited a year ago, so veterans of the Timber Tour were able to see the regeneration that had occurred since the harvest.

Many of the stumps left behind had new growth, and the whole area was green and full of life. As we drove back, I learned that parts of the nearby forest had been sprayed at the understory level in order to encourage specific new trees to grow. By opening up the area from the dominant, vigorous growing plants that hogged the sunlight, such as ferns and beech, the seedlings were given a better chance to succeed. When you looked up a bit, you could see that the trees were still healthy and green above the area where the spraying occurred.

After a quick box lunch back at Ole Bull, we drove a ways to Pine Creek Lumber, one of two sawmills in the area that supply logs and lumber to Bingaman & Son Lumber. We were able to see the yard, then watched the logs being cut into lumber. It was a fascinating process. I learned that PA is the number one producer of hardwood lumber in the country and that much of that lumber comes from Department of Conservation and Natural Resources (DCNR), Bureau of Forestry public land timber sales. In the last four and a half years, nearly 37 percent of the logs processed came from state timber tracts. Therefore, a good relationship with the DCNR is an integral part of their success. 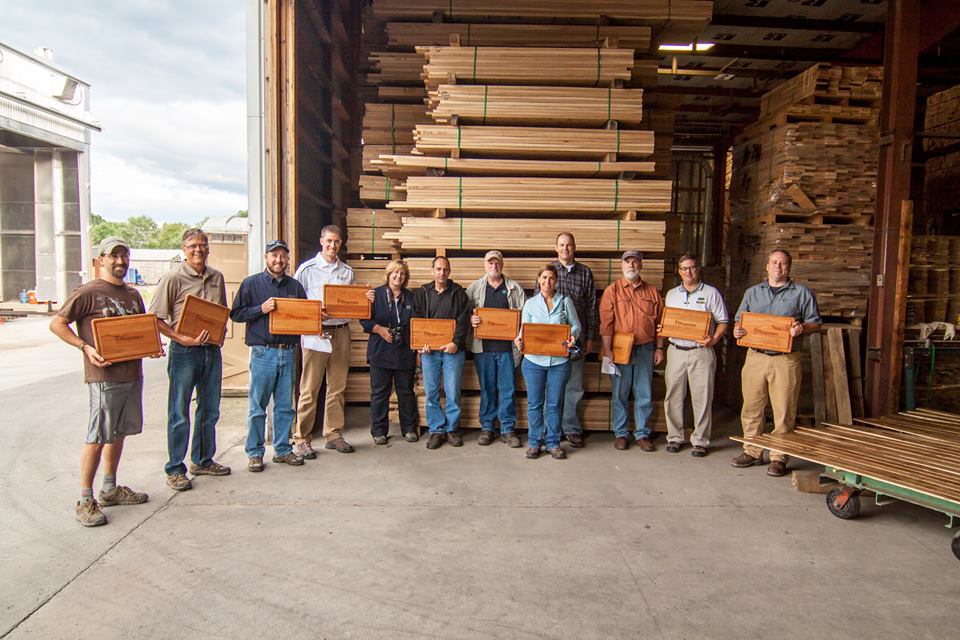 Next, we travelled to Kreamer to tour of WoodMode, Inc., a company which produces custom cabinets. The product they produce is extremely high-quality, and everything is made to order. We were able to see how the cabinets came together, from the hundreds of door variations possible, to the many hand-stained finish options. I was especially impressed at all of the organization that has to occur with custom products in such a busy and large manufacturing facility…it was huge! Everything seemed to be working like clockwork while we were there, though, so they must manage somehow. Seeing all the designs definitely made me feel inspired to redo a kitchen!

We wrapped up at Bingaman & Son Lumber, where we were able to see and go inside a dry kiln, where lumber is dried. There were many techniques used for the timber, which depended on the species they were working with. We were also able to see the yards and some of the gluing stations, where lumber that would have been too short to use is glued into longer boards and tested for strength. Our tour guide explained that Bingaman prides itself on being flexible and customizing for customers, such as coming up with the wood portion of the PNC Plaza Tower’s façade, which is currently under construction in Pittsburgh. We finished the tour with a group picture and cutting boards as a party favor; overall, it was a very successful day.